In Nancy K. Baym’s chapter on “Communication in Digital Spaces,” she discusses “what happens to communication itself…when it’s digitally mediated” (39). Many early studies on the effects of new media to express social cues found that while “mediated communication may be better than face to face for some tasks, but for those involving personal identity and feelings, mediation was depicted as inherently inferior” (42). Because of this, it was believed that mediation would make it “more difficult to maintain conversational alignment and mutual understanding,” as well as hide social identity cues, making interactants have greater anonymity and thereby making “gender, race, rank, physical appearance, and other features of identity not immediately evident.” However, according to Baym, it is seen that these studies are either problematic or just incorrect, as they do not fully express the multiplicities of ways that mediated communication functions to replace these so-called lost social cues.

Many groups that use mediated communication create social cues specifically for that group, effectively showing “what people do with mediated communication” vs “what mediation does to communication.” These groups build and reinforce social structures, as can be seen in a Facebook group called Cool Freaks’ Wikipedia Club. This group “is for posting cool/freaky Wikipedia articles that you find, and for discussion about them.”

While this seems like a fairly straightforward type of group that users can use to both find and share Wikipedia articles with others, it instead has a list of rules that users must follow or face being banned. These rules exclusively have to do with personal identity, and thereby illuminate the so-called anonymity of interactants, as they specifically state users to “feel free to help discourage racism, misogyny, transphobia, homophobia, etc.”

Cool Freaks’ thereby attempts to create a safe space where all types of Othered identities must be considered when posting an article, with trigger-warnings and content warnings required for a list of topics as well as a list of banned topics that are considered inappropriate for the community, as they create an “unsafe” atmosphere. This group and their methods are an example of what people do with mediated communication in order to enhance a specific type of social interaction, as well as build and reinforce social structures, as people who do not follow the rules or who question the moderators are effectively banned. 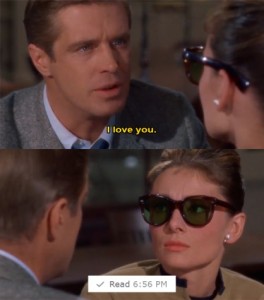 In Personal Connections in the Digital Age, Nancy Baym explores the effects of communication technology on the relationships and interactions amongst people on and off these media platforms. Communicative technologies are hardly ever embraced unanimously by consumer-driven societies and Baym reveals this recurrent pattern all throughout our cultural history. She even traces back to Socrates’ denouncement of reading and writing, who warned that writing is only a resemblance of truth. The mind-bending notion is truly loaded and questions all the triumphs of human knowledge as well as pointing towards to daunting issue of communication. The development of communicative technologies never seem to satisfy our society, throwing us into a somewhat vicious cycle of “technological determinism”, where we need resolve technological issues with more technology.

While driving to school this morning, I heard on the NPR program a brief discussion about the connection between our boredom and creativity and how our smartphones are interfering with this process. This immediately reminded me of Baym’s reading, more specifically about the idea of the machine’s capability to change us and dumb us down. Nick Carr’s Atlantic article amongst others stroke up much conversation about how technology seems to be using us, more than we are using them to our advantage. I traced this NPR conversation to the Brian Lehrer Show where I found an 11 minute segment titled “Brilliance Through Boredom”. Manoush Zomorodi joins Brian Lehrer to talk about our need to rethink the way we use our phones. She lauds the times when we used to “stare into space and let our minds wander” and questions whether consuming our phones with every free second we have is an issue. Research shows that boredom is a key component in our creativity, whether it be problem solving or coming up with fresh, new ideas to advance our lives. The segment, although brief, touches upon key ideas found in Baym’s reading and Zomorodi attempts to initiate a new embracement of boredom. As an avid consumer of my phone, the segment was truly a wake up call for myself. Although I was aware of how communicative technology affects our psyches, I did not realize the importance of boredom. It also lead me to think of times when I am forced to be phone-less, which most often is in the shower. Even within those 10 to 15 minutes, my mind usually wanders to strange and curious territories, and often times I have thought of problem solving solutions. In our consumer driven society, boredom is perceived so negatively, especially amongst our adolescents, when it actually could be the kick-starter of great ideas. 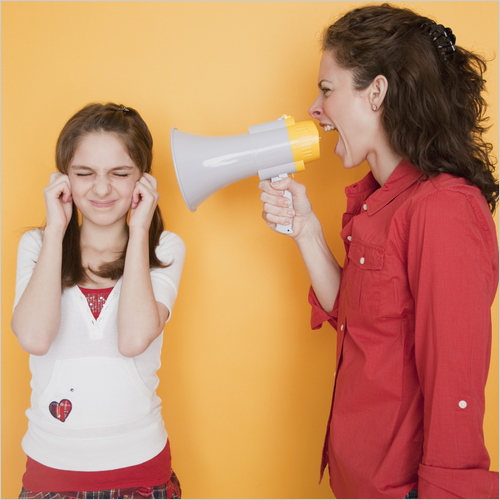 By some stroke of luck, a Facebook friend posted a link to this old WIRED piece by Tom Standage, an article that is perfectly relevant to this week’s reading. I’d read the article once before, back when I was in high school, and though Standage wrote it in response to a politician’s condemnation of video games, it’s a pretty succinct rebuttal to virtually any shallow criticism of new technologies.

It’s not hard to get caught up in the latest moral panic surrounding new digital technologies. “Cell phones are making our kids antisocial,” these modern Luddites mutter, quoting the latest research findings with a kind of reverence not unfamiliar to a member of a doomsday cult. “Video games are turning them aggressive. The Internet is making them stupid.”

These ideologies are as unwise as they are inevitable: since the dawn of civilization*, adults have irrationally protested the newfangled ideas and behaviors of the next generation. Every technological leap forward has been accompanied by the mad ravings of Good Ol’ Boys who love to hate change. The cycle is doomed to continue, forever and ever, ad infinitum and ad nauseum—after all, youths who once embraced new technologies (and happily ignored the baseless warnings of their parents) will grow older and learn to distrust the technologies developed by the following generation.

(For a quick overview of the cycle of moral panics in US society, see this infographic from Tor.com.)

In this week’s reading, Baym makes the argument that anxiety about new media in the modern era stems from a non-user’s difficulty in understanding new rules of interactivity, participation, relationship building, etc., which I think does a good job of explaining every period of moral terror in American history. Uninitiated people are unfamiliar with the new rules and behaviors associated with innovative technologies, and they connect that unfamiliarity to an emotional affect of revulsion and distrust and fear.

It’s easy for me to laugh now at old fearmongers decrying the invention of the automobile or the discovery of penicillin**, and soon, it’ll be easy to laugh at the contemporary doomsayers who grumble about how much “kids these days” use Facebook. Sure, it may be inevitable how new technologies are often viewed negatively by members of the previous generation…but it’s also inevitable that the technologies that are currently the subject of the previous generation’s ire will one day be seamlessly incorporated into mainstream society.

My only hope is that in the far-off future, when my kids are off using whatever new technology of the day has caught their interest, I won’t participate in this cycle of fear and will instead embrace the new technologies as wholeheartedly as the next generation does.

* Did anyone else laugh at Baym’s discussion of Socrates’s hatred for the alphabet? No? Just me? Cool, cool.