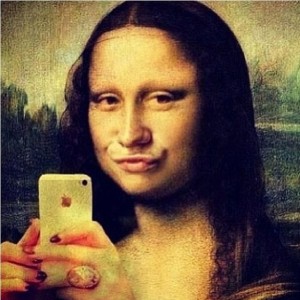 Selfiecity definitely poses some interesting questions within the ongoing dialogue about selfies. Gleaning over the imageplots, I noticed different overall hues for each city. Upon further inspection, the interactive selfiexploratory revealed interesting observations. These observations, however, were not made without very particular, political implications. As I continue to be surprised with how impactful – and non-superficial – selfies actually are, these perimeters for the selfiexploratory are entangled in socio-political context.

Elizabeth Losh offers common feminist critique of Selfiecity, “First, gender is presented in strongly binary terms, with “female” and “male” as the main categories separated by a territory demarcated by a question mark” (9). As it was noted, other mainstream social sites, like Facebook, have begun to include terms that span the gender spectrum (e.g. cisgender, transgender). It seems oversimplified to take these selfies (which must be from sites including Facebook) and extract them from the context set by their users.

Beyond this critique of the project, Losh herself finds the work helpful in some ways. One way in which Losh finds Selfiecity helpful in her own “articulation of media ecologies that include user-generated content from smart phones that promote the datafication of human subjects” (7). In particular, “transparent mediation” which Losh defines as “a significant subset of images on Selfiecity in which the apparatus shooting the photo is present within the frame” speaks to a very prevalent trend in selfie-taking. With the precedent of Parmigianino’s self-portrait in a convex mirror, including the way in which the selfie was achieved could be interpreted as a more honest approach to self-representation. Losh uses the example of the “come-hither look a long-haired woman in Bangkok imitates the gaze of a manufactured desire on the face of a commodified cover girl, but we also see her camera phone case covering the edge of her chin, and we can look into the glinting aperture of the lens of her device just as easily as we look into her own eyes” (9).

Losh’s example offers a deep, multilayered gateway into a larger discussion. A thick description would say that this is a self-taken image of a young girl. However, from a feminist perspective, as Losh ruminates, this means so much more. Like Losh notes, authorship is key here. A girl’s agency in taking her own photo breaks with art history’s trend of “men looking/women appearing”. Yes, the woman still appears here, but she takes the photograph, frames, mediates, and filters it. But then again, what are the social influences on these forms of mediation? I have always noticed and pondered over certain trends in facial expressions and poses (e.g. duck face, chicken arm pose). I feel like I see the same face/pose in all pictures. As Losh points out, this girl imitates the “gaze of a commodified cover girl”. This really raises the question of what it means to be a feminist today. We might be auditing our own images, but how are these images influenced?

One thought on “Selfies & Feminism”