Tonight I’d like to talk a little about filters as described by Jill Walker in Seeing Ourselves Through Technology. According to the author there are three types of filters: visual, technological and cultural.   The first is a filter you can add to a photo like a vignette-ing or vintage faded color effect. The second is how not just pictures, but text and information are distributed and shared with you on social media sites. Each one is different, and facebook’s program has algorithms that keep what’s been receiving the most attention at the top of your feed. What’s interesting, is depending on the overall mood of what our peers and family post effects the what we say. So what’s trending really does stay a trend. Lastly, cultural filters are what people find acceptable and in what circumstances.
The outside images I would like to look at combine all three filters. It is the story of a military man named Damon Winter who took photos of his journey through combat and called his work journalism. This person ended up submitting his work to a major photography contest and won Pictures of the Year International. (Woah, what a cool thing! What an honor. Well… some people were not so enthused.) Some people got very upset because the cultural norm is that photojournalism entails the use of incredibly high quality cameras by professionals. Some upset people even called it the death of photojournalism as you can see by the title: “Hipstamatic and the Death of Photojournalism” which also refers to visual filters and apps. Damon Winter used Hipstamatic while underfire in the war in Afghanistan alongside the 2nd Platoon. His use of filters make the job look kind of dreamy and beautiful even though they are images of war. As the chapters we read mention, the overuse of filters can sometimes water down the impact of photos because they become somewhat glamorized. It is a weird sort of juxtaposition when you see his photos which a lot like movies, even though the overall message seems to be that war is not the answer. 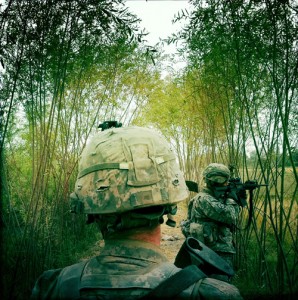 hipstamatic and the war in Afghanistan

Editing our pictures is a common occurrence in modern society. Since the new update from Instagram, it is easier now more than ever to edit your photos to highlight a certain appeal whether it be a stellar sunset, or the shadows in the distance… there’s a filter for that. I am just as guilty as the next person, of taking a photo and doing a little something extra to make it my own. However, there is an app developer who wants to challenge this idea. The definition of a filter as described by Rettberg associates itself with removing of impurities or unwanted content. And the app that Joe Macirowski developed does exactly that. His app, Normalize, is supposed to restore photos to what they are ‘supposed to look like.’

He states that, “Instagram certainly isn’t new, and it’s actually an app I enjoy, but every now and again, I encounter a picture in the “real world” (AKA, any site outside of Instragram) where someone decides it’s a good idea to use it when trying to take a picture of something they’re legitimately trying to show,” Macirowski wrote. “Something had to be done.” There fore he developed Normalize. But as the article about the app shows it does in fact have some flaws. As shown in this picture of a filtered sunset, the graininess is removed but the color balance is thrown off because of the temperature and saturation of the photo. 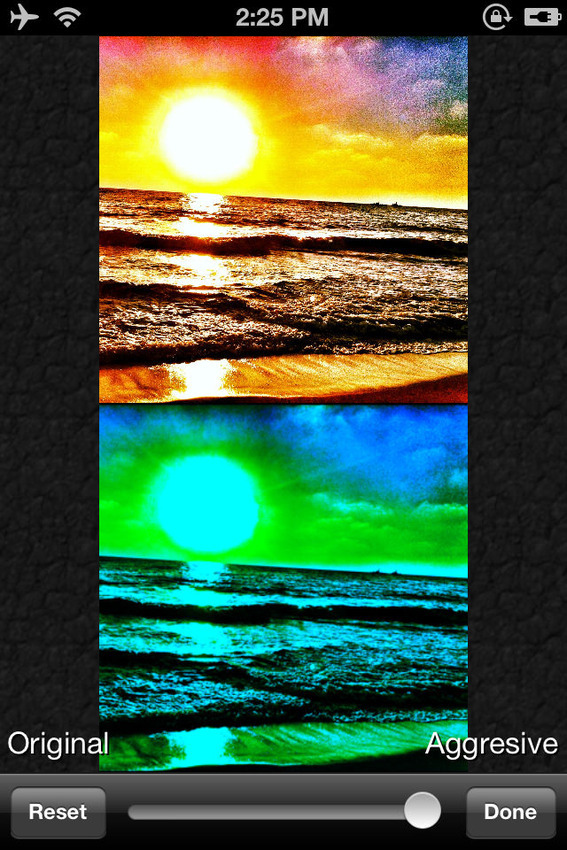 Instead of forgetting about filters and there ever changing presence on Instagram it is important to appreciate there existence. “Filters can get worn out or clogged up over time, letting more particles through than before, or altering the flow of the water, air, rays or words, mages, numbers and behaviours that pass through them. We can change, clean, adapt, resist or remove filters. But most of the time we simply take them for granted, not even noticing that they are there,” (Rettberg, 22). By using a filter, or choosing not to use a filter we are establishing a language through terministic screens.