The Reason that this Film Study app exists stems form my own experience studying films in the UCLA archives while attending Art Center College of Design in Pasadena, California. I spent my time studying the 16mm prints from the archive and watched them on a “Moviola” projector. I was able to stop and start the film at will, to make notes and analyze the frames. After about the 20th time watching such greats as “Citizen Kane” or “Double Indemnity,” I got pretty good at identifying the director’s or cinematographer’s intensions. The sound of the film playing though the projector and the intimate focus of the environment gave me the feeling that I was the editor and helped me to study film in a more involved way. It is my hope that this iPad app can help film students and enthusiasts experience some those same feelings.

I love that Joffray was inspired by the Moviola and that he understands the intimacy and connection film scholars crave. 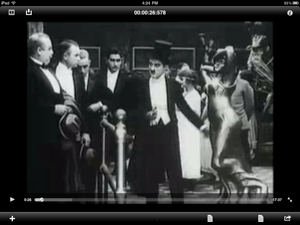 You can watch a video on Film Study in one of two ways. You can connect directly to a number of public-domain movies, including Charlie Chaplin films, Griffith’s Birth of a Nation, and Murnau’s Nosferatu. You can also import your own videos using iTunes.

When you’re at a point where you want to take notes, press the plus sign. You’re delivered to a screen that includes a free-text field for notes, a small image of the frame, and the option to tag the frame with dozens of film-scholarly attributes, like “Rear Projection,” “Three-point lighting,” and “Frontality.”

Joffray has also included explanations for each of these terms, available by clicking the “information” icon. (Joffray explains that these definitions are written by Michael Raine and Mariano Prunes.) 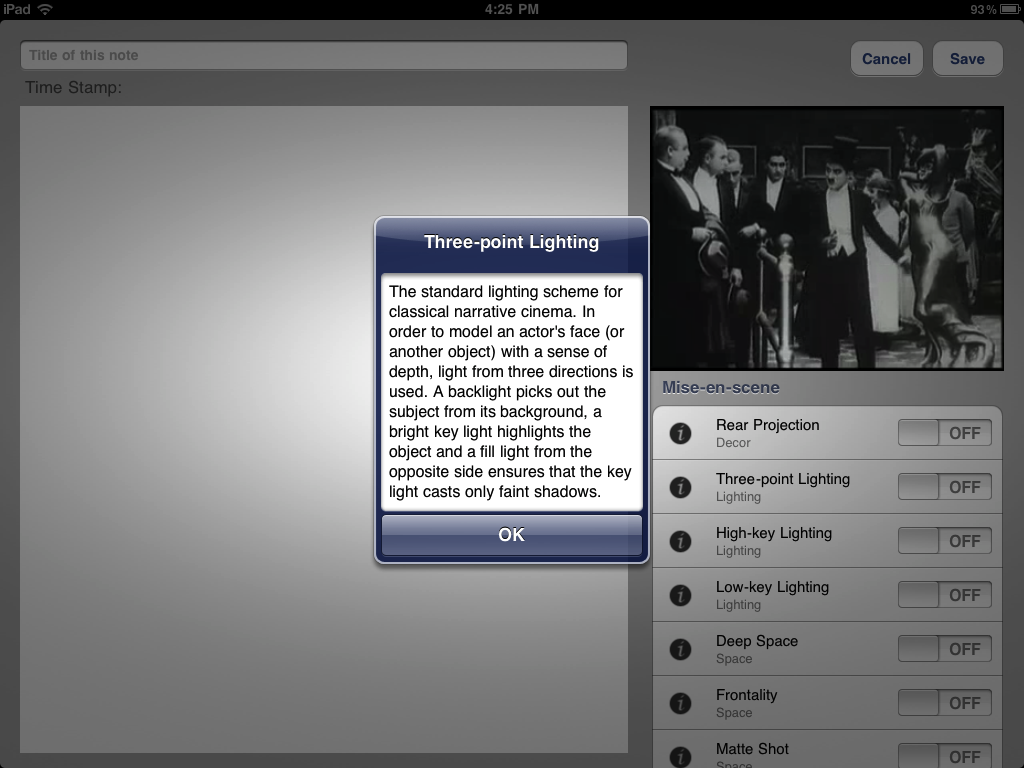 When you’ve finished taking notes, you can email them to yourself or to someone else. (Check your spam folder — that’s where mine got sent initially.) You’ll get a message that includes your timestamped notes, plus thumbnails of the frames and your tags.

One Reply to “Film Study: an iPad app built for cinephiles”