Just recently, a lot of digital humanities momentum has been gathering at Yale. There’s a new DH working group, a new Public Humanities master’s program (which I’ve joined!), a new Theory & Media Studies Colloquium, and now, Yale’s first graduate conference on the digital humanities. It’s called The Past’s Digital Presence: Database, Archive, and Knowledge Work in the Humanities, and it’s scheduled for February 19 and 20, 2010. The organizers, Molly Farrell, Heather Klemann, and Taylor Spence, were generous enough to allow me to come on as Design Chair for the conference, and I’m really excited about the whole thing. Jana Remy is the conference’s Online Media Chair, and she’s been Twittering [edit: Tweeting! You’re supposed to say tweeting, right? Gah, I don’t even know] about the organization process. Once the conference gets closer to live, Jana will also be blogging and podcasting it.

In the next few weeks I’ll be designing a website for the conference, set to go live on about November 30. My first task, though, was to come up with a logo. I wanted something that looked serious, since DH is still establishing its presence at Yale, but that also had some aesthetic appeal. Here’s the set of logo ideas I came up with: 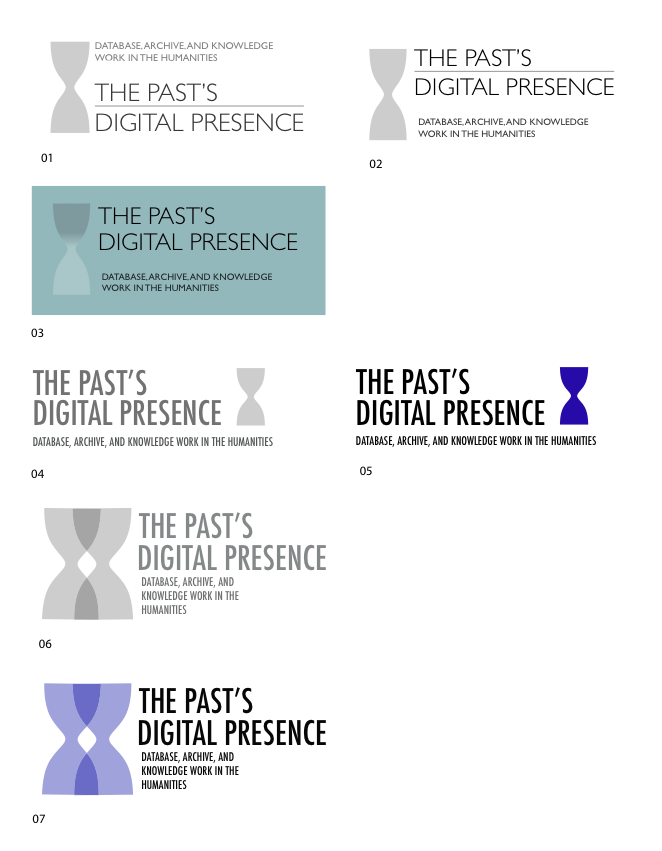 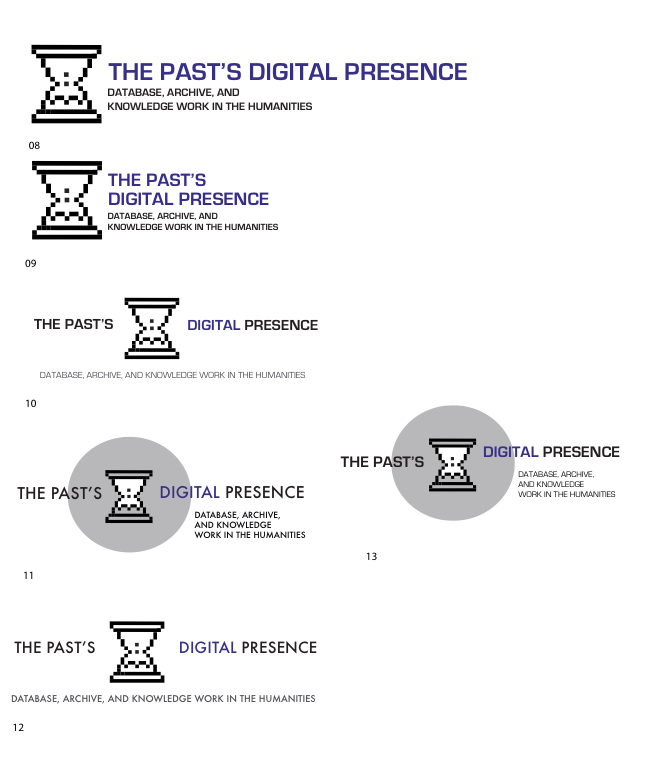 After some thought, we decided that number seven was our favorite. Think we made the right choice?