One digital story telling piece that I found to be compelling was “Why babies in medieval paintings look like ugly old men” by Vox. I enjoyed the video because it clearly broke down a topic that you didn’t realize you wanted to know more about. It did this in a clear way in less then 3 minutes and I can honestly say that I learned something from it. Also the fact that the editing was really well done and the motion graphics gave it a modern and clean aesthetic added to my enjoyment as a viewer. I see far to many informational videos with interesting topics being ruined by being overly lengthy and poorly executed.

While the Vox video is coming from a media site, I do think videos similar to that have a place in museums digital presence. Not only can the videos be used to act as digital archives of important visuals and interviews, they can also bring traffic and attention to the museums themselves. Museums at times do take on a business model, and branding through video or other digital tools should be an avenue taken very seriously. The Tate is an example of a museum that does very well at documenting themselves through video in an entertaining way.

I don’t usually take online classes unless there is a specific skill that I want to learn that would further advance me in some career field that I am interested in. For example, I currently go through Lynda classes to learn various Adobe programs that I can’t completely learn at theory based classes at UCLA. If I had to pitch a class it would be on motion graphics and the curriculum would be skill based over theory. The course would probably involve creating a project by the end so that you students fully learn the process.

The article that I chose to read was “Do-It-Yourself DSLR: Take Your Organization’s Visual Destiny into Your Own Hands.” The article basically laid out the basics things to remember for beginners using a DSLR camera for photography or videography. This article was interesting for me because I’m fairly adept at using a DSLR and often hold trainings for Daily Bruin’s video department interns.

The article puts DSLR use in context of improving museum documentation through digital media. I think visual digital documentation is a very important tool for museums, with some museums doing a better job of this than others. For example while working on my dh101 project on the Turner collection at the Tate I looked through youtube for museum videos about the collection that may enhance our website. The Tate had several videos around the collection that were very well done and had a lot of views. However, the Getty’s video on the collection was long and of poor quality, making the information on Turner harder to attain than the well done video by the Tate.

Besides the valuable context that this article provides, I think it does a sufficient job at briefly explaining how to use a DSLR camera. To improve the article I think some visual representation should be  made available for people unfamiliar to aperture, ISO, and shutter speed to fully understand the concepts. My one other critique on this article is that it is hard to tell who the audience is. Is this article meant for people completely unfamiliar with DSLR’s or just unfamiliar with manual settings? For the most part it seems targeted for complete beginners, and in that case I think jumping into completely manual shooting may be too much to grasp at first. Specifically the piece of advice of shooting in RAW. I would say I have a good amount of experience and do not shoot in RAW because color correcting in post-production in very difficult for me. Other than that I would say that this was a very useful guide for beginners.

I read Zange’s piece on museum’s relatively new role of displaying cultural artifacts online. While museums have a long history of getting it wrong when it comes to including cultures when displaying there artifacts, they have a relatively short history with online material.

I agree with the points being made in the article about creating a dialogue and a community with the cultures involved. My additional point that I’d like to make is that cultural exchange works best when a person of that said culture actually works on curating, informing or researching these exhibits. It is a great step for art historians and museum professionals to conduct interviews and ask permissions of specific groups in question. However, whenever possible, I believe it is even better when that career field becomes more diverse, and the actual people the objects belong to are able to represent themselves.

The example where I see this working is when the woman from the South Asian American historical archive, SAADA, came to speak to the DH 100 class last quarter. Although this was not a database and not a museum, it shows how communication with a community can lead to employees and board members from that community. From there bits of information from personal family stories came out in a way that I don’t think would be possible if many contributors weren’t South Asian.

I do not believe full repartition is the best solution because in some cases it takes away from knowledge that the general public can learn, especially from material that is easily accessible online. However I also don’t think the solution is just creating a dialogue. I believe efforts should be made to take that concept a little further and actually employ or get members of that community as part of the team that makes decisions for how pieces are shown online and in person.

The guidelines given by Lambert in the “Digital Storytelling Cookbook” reminded me of many narrative videos. The last one that I saw that follows some of the rules Lambert lays out was Prison Da Vinci No. 1 Painting With Skittles from TCOLondon on Vimeo.The video was part character story, part recovery story of a prisoner who paints using unconventional materials like skittles. The video is very successful in telling it’s story due to several factors.

One factor was the narration. The story is told by the prisoner himself, who at times has a very dramatic tone and cadence. The way he tells his story is also a little unusual. It is non linear and jumps from tangent to tangent. This factor deals with how the story was assembled. The creator of this visual project chose not to tell the story chronologically and to leave a lot of the context out. Some of the context, such as his status as a prisoner, his profession, and why he uses those materials are all left out, but are details that the viewer can easily be fill in through visuals. The editing, use of audio/interview, visuals really lend themselves to give insight to the painter is even if it doesn’t clearly lay out the story of his life.

The only guidelines given by Lambert that I do not agree with and do not see in the video is his interviewing technique. The interview technique he describes seems very specific and may not lend itself to every situation. I am in the video department of the Daily Bruin and find myself interviewing subjects in front of a camera often. I find that based off the type of person you are sitting down with has a lot to do with how you go about getting them to tell you their story. Some people need more encouragement and more specifically framed questions while others just need a vague topic to jump from and start talking.

After reading Boon’s “Why Museums Make Me Sad” it reminded me of the Koh-i-Noor diamond. 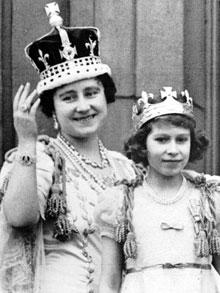 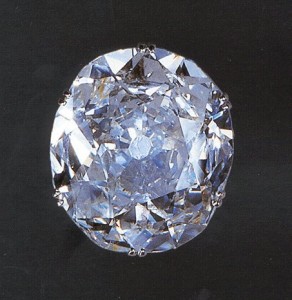 The diamond is one of the largest in the world and originally owned by several South Asian dynasties. After colonization it ended up in the hands of the British Empire and is currently part of the Crown Jewels of the United Kingdom. The Jewels are on display at the Tower of London.

Although I have never personally seen exhibitions of the actual stone or images of the stone in India or in England, I am curious as to how the museum interpretations differs. This relates to the readings acknowledgement of the ever present existence of context or lack their of in museums.

Depending on where it was shown, a different story of who the stone really belongs and should belong to is told. It extends the readings point that patrons of museums should be cognizant that what they are seeing in a museum is affected by location, history, politics, curators, and a countless number of other factors. This also brings up the point of pillaging, with various museum objects only existing because of the pillaging that took place from one group over another groups objects. To this day the possession of the jewel by the Crown is controversial, but then it brings up the other question of who it really belongs to. The stone has shifted from region to region across South Asia that it is hard to determine who really holds claim and who has the right to give it context.

Although the Koh-i-Noor supports the argument as to why Boon feels melancholy about museums, the object nor the article doesn’t seem to provide me with any type of solution. It seems to me that it is nearly impossible for a museum to somehow express a point of view when it displays something. I think it is something that should definitely be acknowledged in the hopes of continuos improvements in objectivity.