In the article, “Museums See Different Virtues in Virtual Worlds” written by Anand Giridharadas, Giridharadas discussed the various ways museums, specifically the Metropolitan Museum of Art and the Brooklyn Museum, have outreached their information to further open its worldwide audience, especially through social media platforms. A part of the reading that struck a cord with me is the idea that the public no longer wishes to see the final “polished” product, but seeks the behind-the-scene views into the lives of the creators — best said by Sreenivasan :“You want to build an audience before you have the big launch, rather than just sit on something and have it appear.” As an avid youtube watcher, one of the biggest things that this reminded me of was the movie “Camp Takota” starring Grace Helbig, Hannah Hart and Mamrie Hart (all famous Youtube celebrities). Helbig has stated in numerous interviews that she attributes the success of the movie and its massive following to her two week video blogs where she took her youtube audience of her personal Youtube Channel (“itsgrace”)around the set, introducing the viewers to the cast, directors, producers and showing the making of the movie as it was being made. She claims that the video blogging experience made the viewers more invested into the movie (thus, more inclined to purchase the movie), as if the viewers were somehow a part of the movie by watching the making of it. Without the accolade nor publicity of professional film studios, this insight of behind the scenes information developed a more intimate relationship and bond to viewers. Helbig’s view and experiences would further the argument of Sreenivasan. 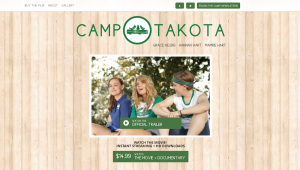 Giridharadas also touches on the fine lines involved in creating shareable content that would speak to potentially anyone and everyone; yet, maintain its sense of credibility and scholarship in an internet world of cat memes and cinnamon challenge videos. This balancing act can be somewhat compared to the world of Youtube as well. Youtube relies on the factor of sharing videos to achieve “viral” success and even encourages this behavior to create viral content, yet aims to be seen as a more professional platform by creating music video award show and web show series. Although museums and Youtube are vastly different entities, they embed similar qualities in that they both aim to provide platforms that endeavor to showcase something reflects our culture to the public eye.