When beginning this week’s reading about “Cataloging culture objects: a guide to describe cultural works and their images”, I expected the reading to be somewhat of a basic formula describing how to catalogue art pieces. However, as I read through the different parts, I found that Baca presented the concept to be more abstract and layered – which I did not expect. When cataloging art, certain aspects must be focused on. For example, the person cataloging has to decide whether there is a difference between a photo of the art work versus the piece itself. After that, the ownership must be decided – is it actually then the artist who created the piece the owner of image, or is the person who took the photograph. I had never really thought of cataloging as being so specific and layered. I just assumed it was a way to archive pieces of work. Because Baca kept bringing up examples of different specificities in cataloging, it really made me wonder when is it a reasonable place to stop layering.

One part of the readings that resonated with me was the relationship between different objects such as the difference between a work and an image. I kind of struggled finding a good example for this, I am not sure if this is the best… 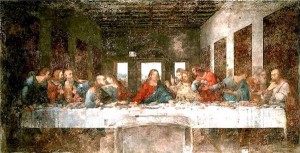 I thought it was interesting that even an image of the art piece is considered not the work – which completely makes sense, but had just never thought of it that way when cataloging. Baca’s reading opened my eyes to just how layered cataloging can be.

One thought on “Week 4 Reading- Cataloging”