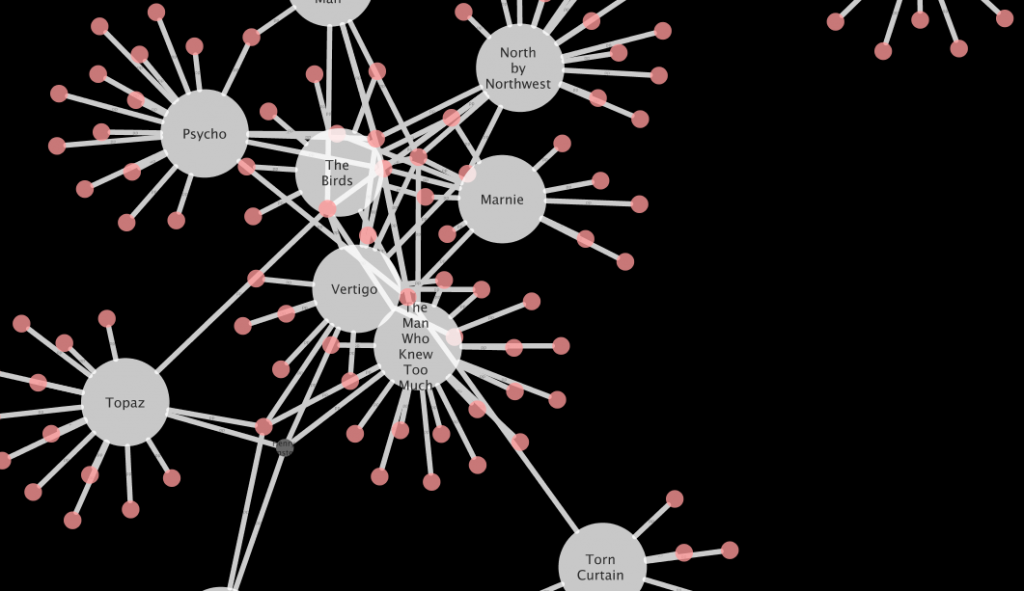 A friend of mine wrote to me recently with a request. For his dissertation, he’s unearthing the filmmaking culture of a particular time and place. “I keep running across these names of actors and filmmakers,” he wrote, “and I know I’ve seen them before, but I can’t remember all the relationships. Is there a way I can visualize the overlapping networks of people within this culture?”

There is! To demonstrate, I’ll use the last dozen films of one of my favorite filmmakers, Alfred Hitchcock. This is a fun way to get started making network visualizations.

END_OF_DOCUMENT_TOKEN_TO_BE_REPLACED

Today is Ada Lovelace Day, which celebrates women in science, technology, engineering, and mathematics by honoring Ada Lovelace, whom many name the first computer programmer.

My Ada is Dora B. Goldstein, or Dody, as everyone called her, who died Sunday. She was a pioneer in so many ways: one of the first women to enroll in Harvard Medical School, a leading expert on the pharmacology of alcohol, and a professor at Stanford. She was also a civil rights activist who campaigned for women in the academy and, later in life, a leader in the gay rights movement.

She was also my husband’s grandmother, which is how I knew her — a great cook and attentive listener who was so interested in what we were up to. She punctuated our stories with “How wonderful!” and made us feel important and loved. She was a person of endless compassion, curiosity, and intelligence, a role model for me. We’re lucky to have known her.